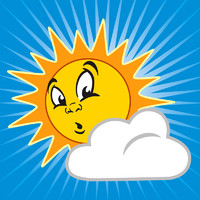 Last weekend in Germany was the last nitro race for me at the toy fair in Friedrichshafen germany. German open indoor masters. I raced with my 748 Natrix TQ. Friday was complete for free practise but we could only drive 4 x 8 minutes, and the traction was super high. We all prepared our tires with second glue and cutted the front tires nearly to 20 mm width. After the qualifikation i was on the first position and i could also win my semi final to have the first spot for the 30 minute final. I choose a different tire setup for the final to make sure that my car is always safe and has a good balance. The final was very close between Melvin Diekmann (Shepherd) and me, because the balance from my car changed a lot with runtime to oversteer. So after 15 minutes Melvin was faster than me, but small mistakes from him let me win the race by just 1.1 second. Thilo Tödtmann finished the race on the 3rd spot 2 laps behind.
I used my basic setup and changed nothing on it, because by this high traction it was just to have the perfect prepared tire on the car.
Thanks to all for the support.. see you on the track..

Starting from 8th on the A-Main grid, bumping up from quarter final and semi-final, Merlin drove a very strong main final, all the way up to 2nd position. Thus taking the Vice Championship title with his Picco/Runnertime powered Serpent Viper 977-EVO car. 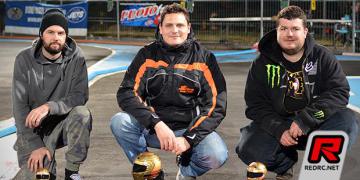 Aaron Lee wins 1/12th class at 2015 Muchmore Masters
The SMA hosted the 2015 Muchmore Masters with the weekend starting with rain and a condensed practice, so the field headed straight into seeding practice. With the extra low-grip asphalt it was extremely difficult to get the pan cars sorted and it was Aaron Lee (Serpent) who made the best out of the condition by taking all but one qualifier to take the pole position for the finals. The triple A-mains then had Aaron further dominating the field by coming out successful in all three final legs. David Craft went head to head with Hiroshi Ishizaki and Dustin Fletcher but David Craft (Serpent) came out on top after the three finals to take the runner-up spot from 3rd placed Dustin Fletcher (CRC). 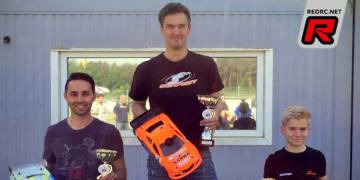 Round 2 of this year’s Dutch Nitro On-road Championship was held at the Genk track in Belgium. The track of the hosting club, the Model Racing Genk, is situated between the famous Genk karting circuit where the youngest Formula 1 driver ever, Max Verstappen, started his racing career and a Motocross circuit where Belgium ace Stefan Everts started out. As most drivers opted to stay a full weekend in Belgium the MRG organised a nice BBQ following Saturday’s practice. Sunday morning then started under a perfect blue sky with the qualifying sessions and it was Daan Jacobs who took the pole followed by former European Champion Julius Kolff and the two electric aces of John Bruins and Glenn Hoogervorst, all doing 18 laps runs. With a very competitive field the remainder of the top 10 drivers where then all pulling 17 laps on the demanding track.

The main final started with pole-sitter Daan Jacobs being somewhat hesitant on the start and this allowed Julius Kolff to take over the lead and from that moment on he never looked back. John Bruins settled for 2nd place with Daan Jacobs in 3rd in the first part of the race, but he had to retire with a broken steering servo. Climbing up from the semifinal youngster Milan Holthuis made his way up to 3rd place at the end. For a moment Milan was in 2nd place after a bad pitstop of John but Milan let him by as he was unaware that he was racing him for the 2nd spot. The winner of the first round, Glenn Hogervorst, had crashed at the start and he had to recover from the lower part of the field but he was slowly and steadily climbing up and in the final stages he was challenging Milan for the 3rd place but he could not get close enough to pass him. So after 30 minutes of racing it was Julius Kolff who took the win.

The third round of this year’s BRCA 1/8th Circuit National Championship was hosted by the Mendip circuit in Weston Super Mare with the main championship contenders of Green and Wood being in attendance again after ETS and Holiday commitments. In Qualifying, it was Green who had the upper hand all day with the chasing pack consisting of Tim Wood, Neal King and Andy Hastings. The gap between the top 2 was around 4 seconds in 5 minutes which gave Green a good advantage for the finals. Tire wear was very high all weekend since this track is not used much in recent years and would be a big factor in the 30 minute main final.
Qualifying top 10:
1. Mark Green – Serpent/Novarossi – 20L 309s
2. Tim Wood – Serpent/OS – 20L 313s
3. Neal King – Capricorn/Tesla – 20L 314s
4. Andrew Hastings – Shepherd/Sonic – 19L 300s
5. Ashley Gouveia – Shepherd/Sonic – 19L 301s
6. John Carr – Serpent/OS – 19L 303s
7. Andrew North – Mugen/Sirio – 19L 303s
8. Jason Frost – Capricorn/XRD – 19L 305s
9. Steve Scott – Serpent/RB – 18L 300s
10.Chris Simons – Serpent/Novarossi – 18L 301s
The A-final started in formation order with no accidents and up front it was Green steadily pulling out a lead over Tim Wood and Neal King. The first major casualty was King on lap 42 with a stripped belt and promoted John Carr into third position. The next retirement was Andy Hastings with a broken pinion gear which would result in him dropping valuable championship points. Green at this point had pulled out a 2 lap lead and therefore decided to make an extra fuel stop just as precaution with Wood settling for second position and John Carr third, 3 laps behind but making it a clean sweep for team Serpent.
inal result:
1. Mark Green – Serpent/Novarossi – 112 Laps
2. Tim Wood – Serpent/OS – 111 Laps
3. John Carr – Serpent/OS – 108 laps
4. Ashley Gouveia – Shepherd/Sonic –106 Laps
5. Jason Frost – Capricorn/XRD – 105 laps
6. Andrew North – Mugen/Sirio – 104 laps
7. Steve Scott – Serpent/RB – 100 laps
8. Andrew Hastings – Shepherd/Sonic – 99 laps
9. Neal King – Capricorn/Tesla – 42 Laps
10.Chris Simons – Serpent/Novarossi – DNS

This weekend me and my team made the trip to Spain, Valladolid to attend the Sworkz Cup with my Serpent Cobra Buggy 2.2

A really nice track with a high level racing with several contenders to take the win. Practice started on Friday morning but too much rain on the morning make it impossible to practice so we only started practice on the afternoon when the track got dry.

My Cobra car felt good during practice actually we only changed the shocks in order to improve the landing on the triple jump. During the qualifications i made some mistakes and finished 2nd but still very good and promising . My lap times were ok but one mistake = no tq round, at this level that's how it works...

Super pole:
After the qualifications it was a 10 min race, something like Neo style dash for cash, but with no money „smile“-Emoticon I won the race with good lap times.

Semi-finals
For the semi i tried a different shocks with a harder oil but my Cobra car was not better and i finished second which would put me third on the grid for the a-main.

A-Main
At the a-main I got a clean start and after the first lap i was 2nd really close to the 1st. Two stupid mistakes on the jump dropped me to 4th just behind Hara. Me and Hara were fast and lap after lap i felt we were closing the gap. At the end of the straight Hara made a mistake and i passed him and started closing the gap every lap. After some laps i catched the leader and was able to get the first place after the 45min even with one more fuel stop. I'm really happy with this win, all my package, car, engine, fuel, tyres was amazing and i have to give a big thank to my dad and Rolando for the amazing work during the whole weekend.

I attached some pictures from the race, hope you enjoy:)

Hupo Honigl  TQ-ed the  Euro Champs 1/12 in Slowakia  in the very competitive stock class with his Serpent S120-LTR, and continued to win the 2015 Title !! 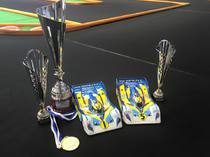 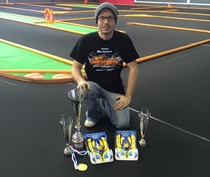